Pokémon GO is sweeping the world, and generating a lot of interesting headlines. Here's one:

Reactions to this—and other stories of Pokémon trainers falling into empty swimming pools, invading their neighbours' back yards, and committing other faux pas—varied. Some joked and punned, while one indignant Facebook commenter demanded to know, "Who gave them [Nintendo & Niantic, the game's creators] the right to impose AR [augmented reality] there?" (emphasis added)

Implicit in the phrasing of this remark is the idea that one has a right to control AR content associated1 with real-world locations over which one has property rights. To some this might seem to be an intuitive, sensible and just idea; yet it is not yet enshrined in law or policy, and others will disagree.

In simple terms, it's clear that the game is changing the incentives that people (its players) face for interacting with spaces in the world around them. Fear of a mugging is a reason to avoid a dark alley at night; worry about your neighbour's glare and disapproval might keep you out of her back yard. Now, for the avid Pokémon GO player, these incentives are balanced against the possibility of catching a rare Pokémon in those places. Facing the new set of options, people are making different choices.

An initial reaction of some friends to the story was, "Well, why didn't Nintendo simply avoid placing game items in the museum?"

As far as I understand, game features are distributed using data from a prior Niantic game (Ingress) and map features extracted by GIS. For instance, water-type Pokémon are placed with high probability near the edges of bodies of water, and with low density elsewhere. It's straightforward to write such rules, implement them in software, and then run that software on available maps.

However, it would be more difficult and—critically—costly for Nintendo to hand-check the results, across the entire inhabitated world. This would require:

It's evident that Nintendo chose not to do these things.

Nor were they obliged to. So what about the Gastly behaviour at the Holocaust Museum? Is there something the museum, or other property owners, can do, beyond putting up strongly-worded signs? On what basis can they argue for changes? These questions started a energetic debate over drinks at the Muddy Charles, during which this was posted: 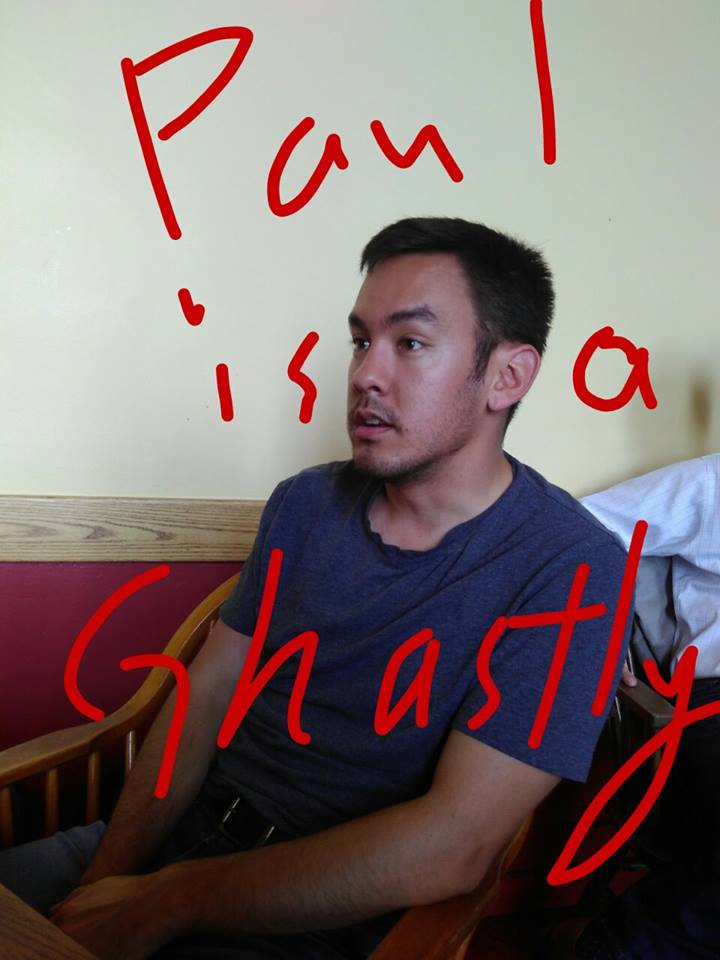 To make the matter a little simpler, and abstract it from the details of the game, consider: if my friend can already draw virtual graffiti on my face and post it on Facebook, Twitter or a personal website, how is this made any worse by the prospect of widespread adoption of AR technology?

One answer lies in the audience. On Facebook, my friend's contacts and his privacy settings determine who can see the photo;2 on Twitter, it's shown by default to only his followers; and on a personal website, he'd have to attract viewers to the page to view it.

On the other hand, through an AR platform with near-universal adoption, any person walking through the bar with a smart phone3 could see the virtual "KICK ME!" sign on my back, regardless of whether they knew my friend or I. I might like my chances, amongst our mutual Facebook contacts, of shaming my friend for his behaviour, or of laughing the matter off—yet I could still be unhappy about the impression left on the strangers at the bar.

By the same token, I could float a large virtual billboard in the air over your house with embarrassing, yet not quite libelous, words or images; or racists could float markers over the homes of blacks, Jews, or activists.

It's easy to say that the creators and operators of AR platforms should not allow these uses. It will be far more difficult to write widely-accepted, general rules for them to apply when accepting and displaying user-generated locative content; and profit-oriented firms will want to have those rules in software, rather than involving expensive human judgement in the loop.

My imagination is inspired in this, as in many other things, by William Gibson. In his novel Spook Country (2007) (which you should buy), protagonist Hollis Henry is shown an example of 'locative' art in Los Angeles:

“Now,” he said, and she heard him tap the laptop’s keyboard. Something shivered, in her field of vision. “Look. Look here.”

She turned, following his gesture, and saw a slender, dark-haired body, facedown on the sidewalk.

Hollis approached the body. That wasn’t there. But was. Alberto was following her with the laptop, careful of the cable. She felt as if he were holding his breath. She was holding hers.

The boy seemed birdlike, in death, the arch of his cheekbone, as she bent forward, casting its own small shadow. His hair was very dark. He wore dark, pin-striped trousers and a dark shirt. “Who?” she asked, finding her breath.

She looked up, toward the marquee of the Whiskey, then down again, struck by the fragility of the white neck. “River Phoenix was blond,” she said.

An idea popped into my head shortly after reading this. In classic form, I've it carried around there until it has turned out to be stale and unoriginal.

Tiananmen SquARed (1, 2, 3), by a collective calling themselves 4Gentlemen, was designed for Beijing and later shown in Venice, Cairo, Boston and New York. It involves 3D models of the Goddess of Democracy statue erected by the 1989 protesters, and of the iconic Tank Man. Like Gibson's fictional River Phoenix piece, visitors using a particular AR app can view and walk around these recreations in the place where the historical events tooks place.

From the screenshots, the 2010/2011 iteration doesn't achieve the verisimilitude that would prompt the visceral reaction that Gibson writes about, but this is only a matter of resources and sufficiently powerful hardware.

The financial success of Pokémon GO will accelerate interest in locative content, and efforts to develop the technology. As AR becomes ubiquitious and eventually melds with what we currently consider social media, subversive pieces like Tiananment SquARed will have greater reach and cultural currency, provoking correspondingly stronger reactions from governments.

Facebook's policies on allowing, removing or censoring content in response to, or in anticipation of, protests from individuals, governments and other actors have become a notable arena for societal conflict. In the same way, locative AR will give rise to new debates arising from different ideas about the relationship between real and virtual space, and what consitutes appropriate behaviour in each. It should be fascinating to watch.